Heaney introduces the first of a number of literary and artistic celebrities, poet Philip Larkin who had passed away in December 1985. He explained the poem’s provenance to DOD (below) and how, to his surprise, the poet’s shade (his dead persona), whom he met in imagination on the streets of London, quoted Dante. The poem ponders the ‘truths and mysteries’ of the soul’s post-mortem onward journey and pays a warm hearted, tongue-in-cheek tribute to a popular 20th century poet.

Larkin quotes the opening lines of Dante’s Inferno II in which the serenity of evening (the umber air/  Soothing every creature on the earth now at rest after the daily toils) contrasts with the ordeal and duty  of Larkin’s imminent journey: I alone was girding myself.

Heaney places Larkin’s post-mortem trek amidst the fatigue and bustle of his lifetime (rush-hour buses/ Bore the drained and laden through the city) and the unmistakable signs of the Advent period.

Larkin is quick to make a link and express a disappointment: I might have been a wise king setting out / Under the Christmas lights but the glittering epiphany he might have prepared for (forewarned) has turned into an underwhelming London-scape (journey back Into the heartland of the ordinary); he is just as before (Still my oId self), on the look-out for his evening drink: ready to knock one back.

A quoter of Dante, Larkin provides a self-deprecating epiphany: ‘A nine-to-five man  who had seen poetry‘.

DOD (337): What prompted the poem in the first place was an invitation to con­tribute to a memorial volume being edited by George Hartley of the Marvell Press. I didn’t know Larkin well enough to write a personal reminiscence so a poem seemed the way to go … Dante was at the back of my mind once I’d introduced his name in the conclusion of my tribute. I make his shade set out for the land of the dead on a bus in a pre-Christmas rush hour. It’s as if he’s going home from work one more time. 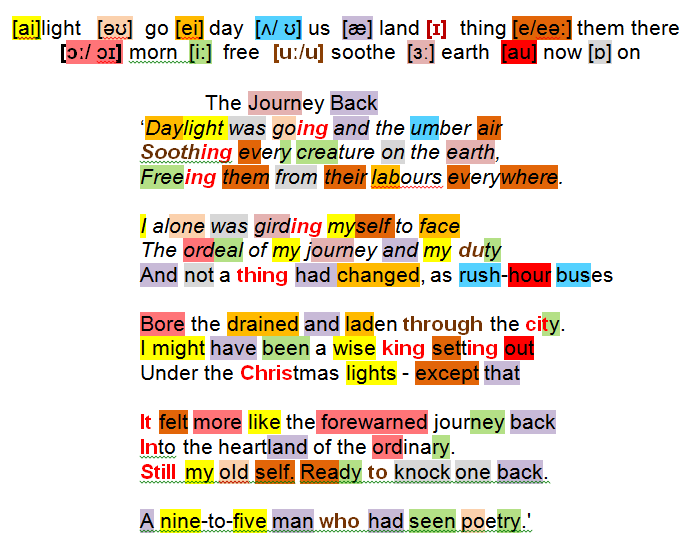