A second vignette of Belfast life portrays the devotions of Catholic women in an unheated Belfast church. The poem forms a pictorial canvas recalling classical paintings of groups of worshippers in similar circumstances.

The poetic eye moves on to discover the target of their piety in a ‘chapel’ devoted to Jesus’ mother (a revered Catholic figure beloved of women in particular); it comes to rest in front of the Virgin’s altar where the candles are buffeted by stronger draughts of air: Blue flames …. Jerking on wicks.

Heaney sums up the group of women in a single couplet: collectively old, sallow-skinned, chilled, widowed and devoted (Old dough-faced women on their knees with black shawls/ Drawn down tight).

So it is (Thus), in daily obedient devotion, that the women fall silent and genuflect before Golden shrines, altar lace,/ Marble columns and cool shadows.

Heaney lends them dignity; they might be poor in status and poor in pocket but they are rich in spirit. The same light that subdued colour has airbrushed the marks of age and poverty; theirs is the unblemished skin texture of classical religious canvases: In the gloom you cannot trace/ A wrinkle on their beeswax brows. 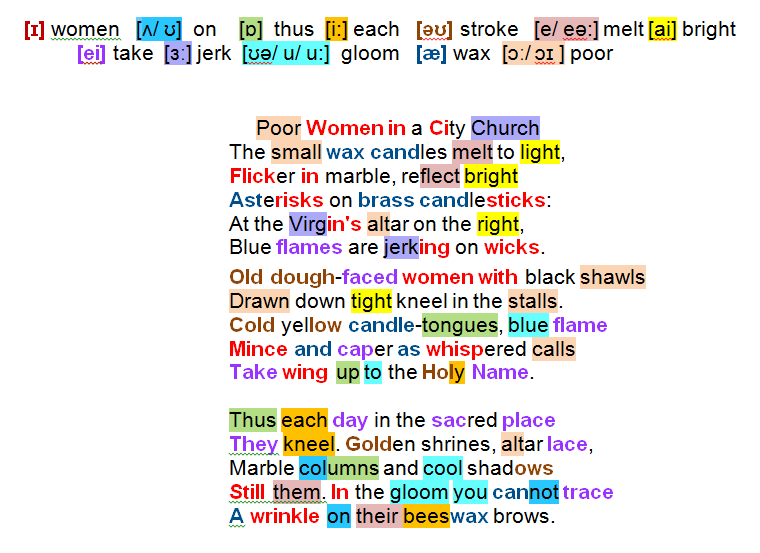